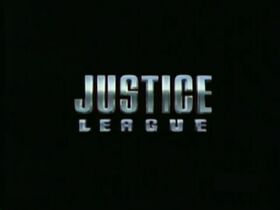 Justice League is an American animated television series which ran from 2001 to 2004 on Cartoon Network. It is part of the DC Animated Universe (DCAU). The show was produced by Warner Bros. Animation. It is based on the Justice League of America and associated comic book characters published by DC Comics. It serves as a prequel to Batman Beyond and as a sequel to Batman: The Animated Series, Superman: The Animated Series and The New Batman Adventures. After two seasons, the series was rebranded as Justice League Unlimited, a successor series which aired for three seasons.

Batman, Superman, Wonder Woman, The Flash and other superheroes join forces to battle crime and otherworldly threats, keeping a watchful eye on Earth from their orbiting space station.

Retrieved from "https://boomerangstory.fandom.com/wiki/Justice_League?oldid=1473"
Community content is available under CC-BY-SA unless otherwise noted.